Many of you are aware of the diagnosis that Nathan has recieved and that diagnosis of Duchenne’s Muscular Dystrophy indicates that we will be closely associated with MDA in the years to come. As you are out and about this Feb and March please consider purchasing a clover or two. Click here to learn more about MDA.

Thanks for visiting our blog.

There is a lot that goes on to make the display happen. The entire display is controlled by an old Dell laptop in the house. It runs a program called Aurora. The computer sends controll signals to hardware light controllers made by a company called D-Light. I can not say enough about these two companies. The owners will go out of their way to make you happy. If you are interested in doing a syncronized display, look no further than these two companies.

Last year (2007) I started with a single 16 channel controller, the ACx16. This year I have 9 ACx16’s! My plans for the this year was to also build a “mega tree”, but was not able to complete it. So I am only using 115 channels of my 144. Look for the tree essaystime.com next year! I was able to build (with the help of a good friend 😉 ) 8 “leaping arches”. These are the water spout like things in the front of the display. They are somewhat time consuming to build, but really add a lot to the display.

My local Home Depot had a large stock of lights after Christmas last year. I was able to buy most of my lights for 50-75% off, most of which are LED. LEDs are the latest in Christmas light technology. They simply use MUCH less electricity than standard, incandecent lights. My display of about 20,000 lights uses about 60% LEDs. This brings up another question I get asked a lot.

“How much is your electricity bill?”  Honestly, maybe $20 higher than normal. This is because I use mostly LED lights and the display is computer controlled. Because the lights blink the entire show, they are really only ON about 20% of the time! It’s a good thing my electricity bill isn’t high…. I don’t know if I could afford an outragous bill after buying everything else to make the show work!

The ability to make a single element of the display come on by itself means that it must have its own controller channel and extention cord. I have about 2500′ of extention cord all over the yard, porches, and flower beds! This is a major expense to plan for if you are considering making your own dislplay.

I plan on taking some pictures of the “behind the scenes” for everyone to see.

“Jesus, What a Wonderful Child” by Newsong 2007

“Have Yourself a Merry Little Christmas” by Lakewood Church 2007

Give to Mississippi’s Toughest Kids online or onsite! Click here to give. Mention us in the additional information blank! 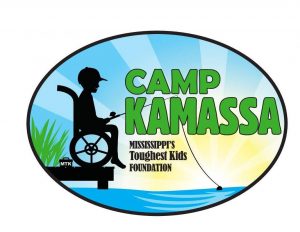